”The caption of dreams and photos that created Floor of Dreams were collected through advertisements on Internet during September 1995 to August 1996. The dreams and photos were compiled and printed in A4 size. These print-outs were copied and gradually they became the foundation to set-up Floor of Dreams which was shown as a part of the exhibition Love all at Färgfabriken in Stockholm, August 1996. At this set-up, several thousands copies of the dreams were spred out on the floor in the exhibition hall. During the exhibition these copies were either picked up by the visitors or ruined by the visitors stepping on them.” (Preaface from the book Floor of Dreams) 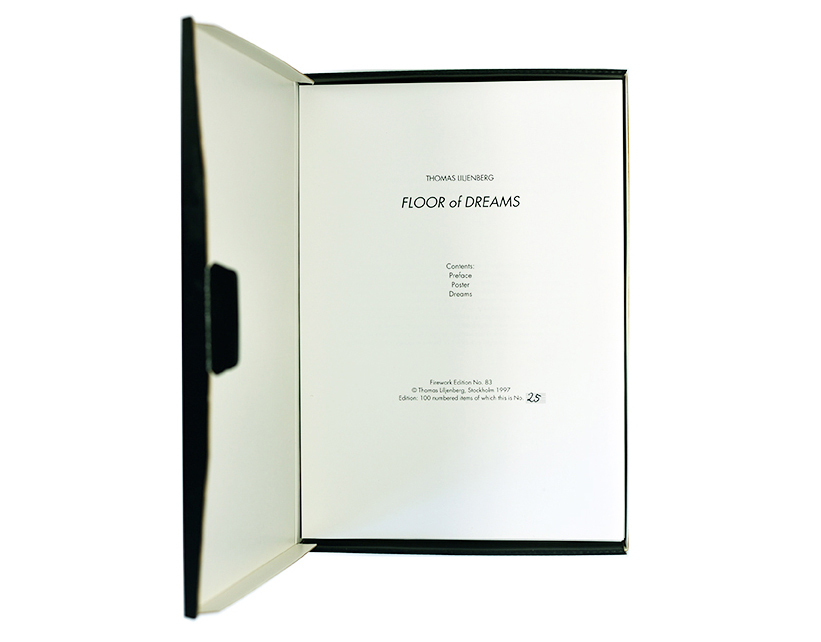 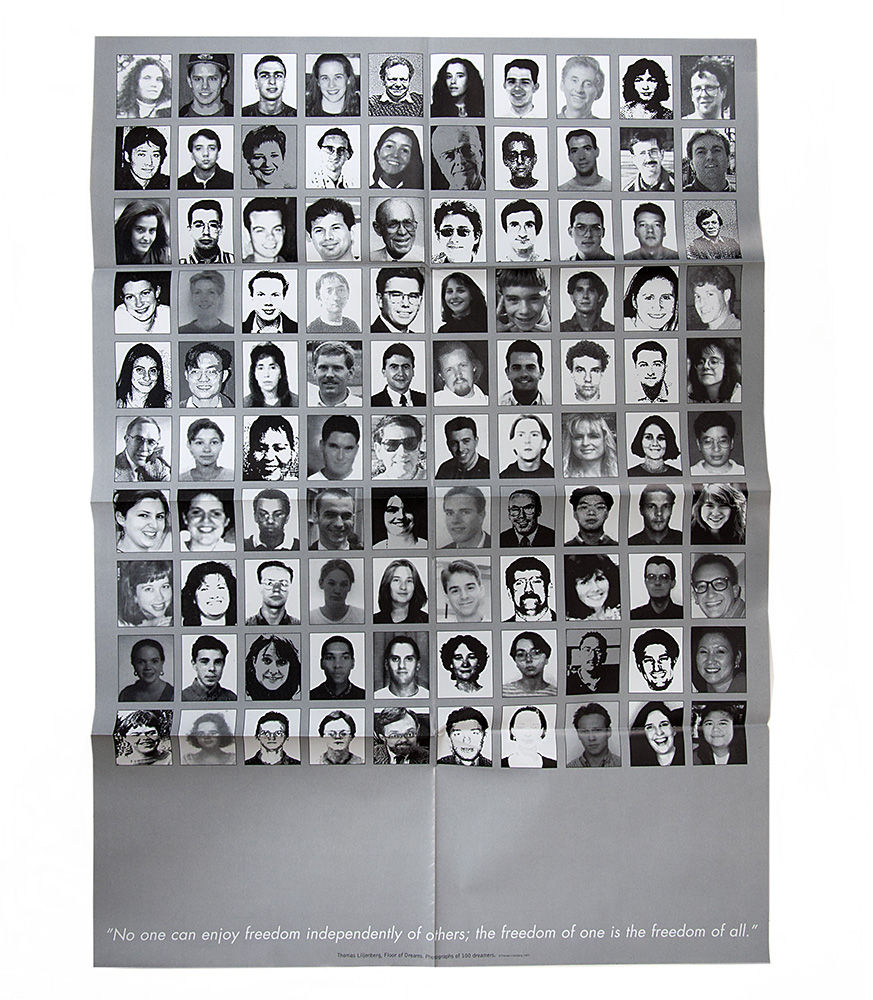