”A Third Resultant is the name of Thomas Liljenbergs exhibition at Periscope. The title alludes to the fact that two given things, put together but without any necessary logical connection, creates a third force; text – work of art, artistic work of art and observer work of art. There is no congruence between text and picture which hints at a revolt against convention. In similar way, there exist no universal truth, only a fictitious reality, created by each one of us. The artist is the first to realize that he has distanced himself from his original idea, and this becomes evident when he looks at the canvas and it’s limitations. He/the world is in darkness, ”we live in a camera obscura”, he/the world is a projection of the light and the paradise outside.

The exhibition consists of thirty black silks-screen paintings, with Latin titles based on the nine different ages of man. In each of the big paintings the ages mixed, creating a sense of timelessness. The room has a devotional and somewhat frightening atmosphere, which is accentuated by the reminiscence of death in the black and in the frozen/dead light of the projected photography’s. By being the forth wall the observer completes Thomas Liljenbergs installation. The game between the myth of light and darkness is the fundamental element of this art. Light and darkness exist in a continuous interaction; from the darkness within each human being to the light in the gallery (reinforced by three hanging bulbs); from the black paintings (which at the same time stands out from and leads into the white wall) to the light in the silk-screen photography’s, and finally from the dark holes to a longing for the light beyond.” (Text: Caroline Ribbing, 1991) 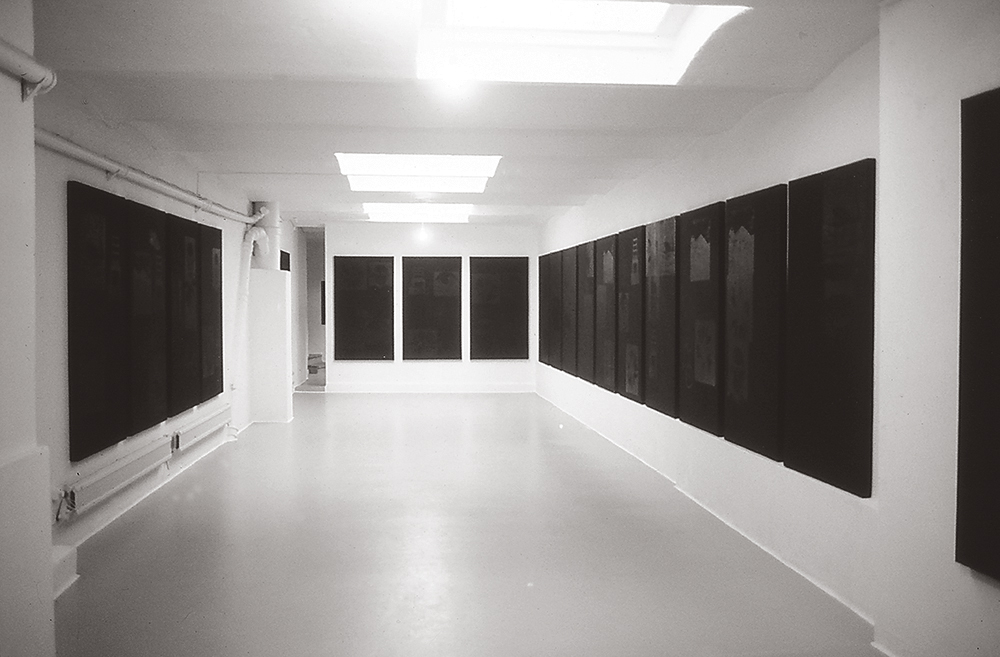 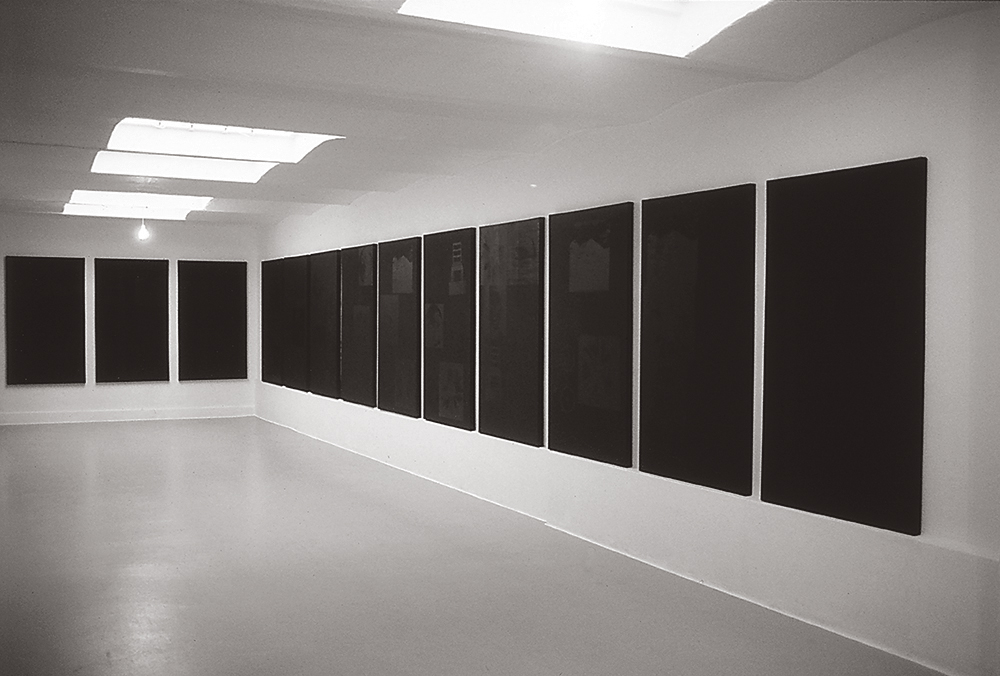 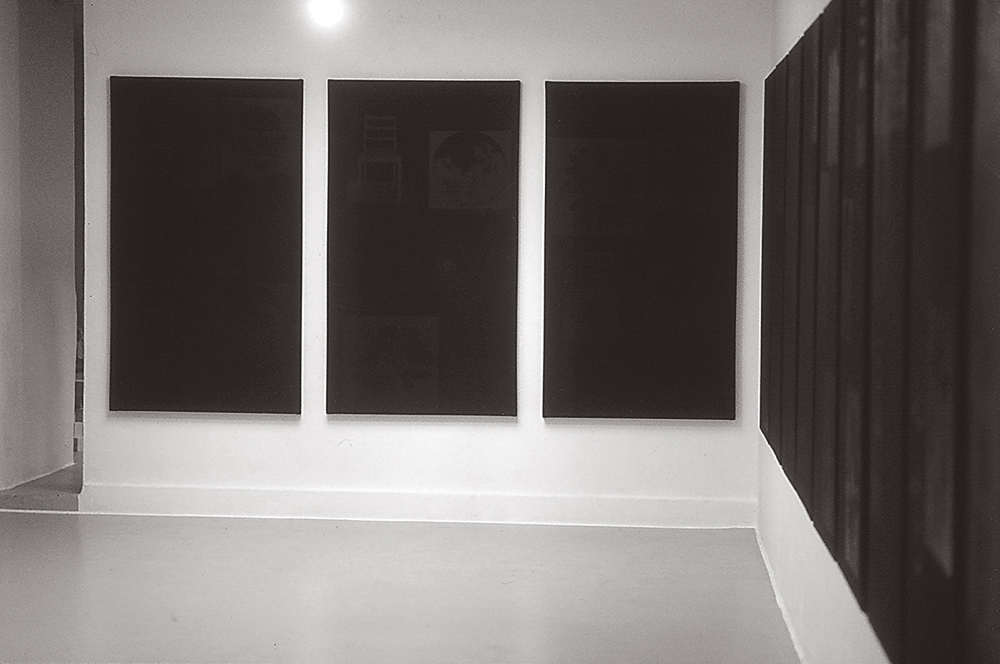 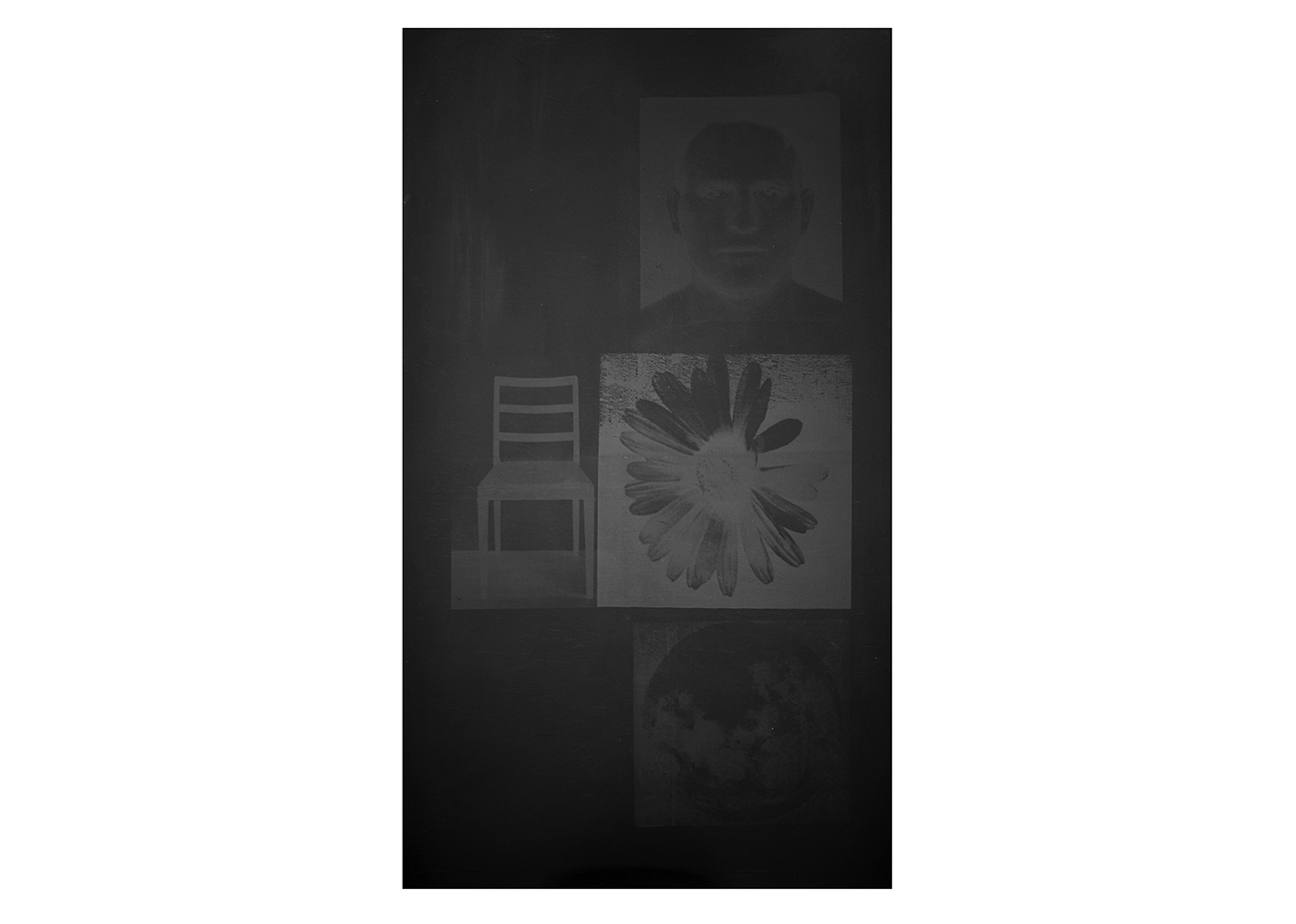 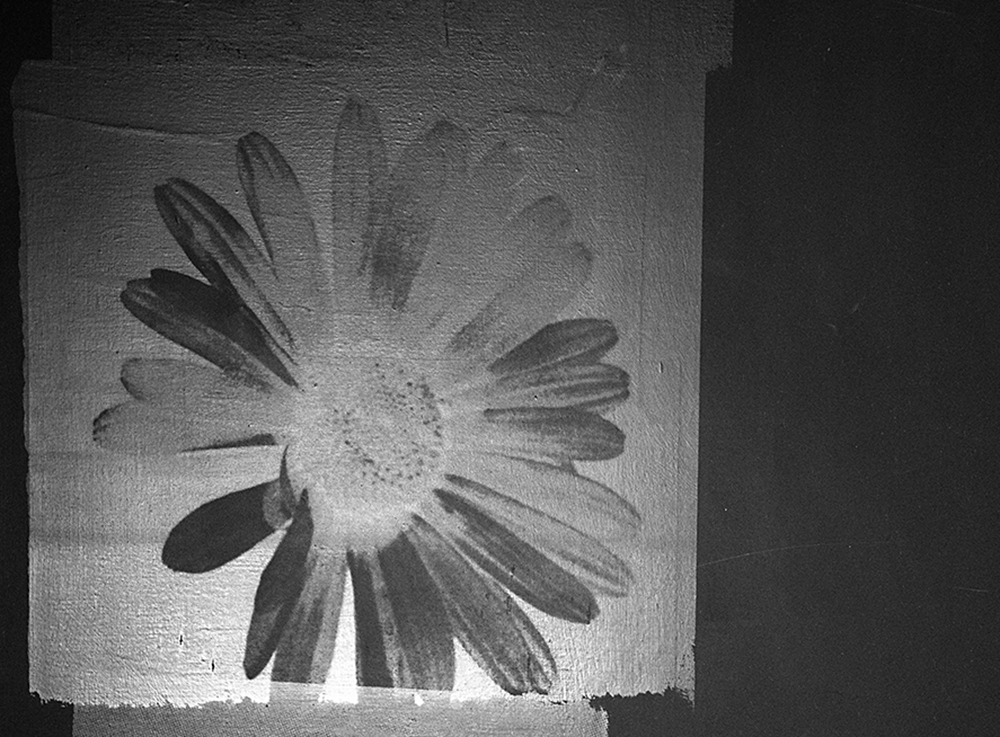