SCT was a variable text- and light installation created in collaboration with Bo Samuelsson. The piece consisted of a 16 x 4.5 metre long large glass wall that covered the entire corner of Kista Mall facing out towards Jan Stenbecks torg in Rinkeby-Kista, Stockholm. The project started in 2009 and ended in 2014.

Visually SCT was based on the interplay between text and light. The glass wall facing the square was covered with a replaceable film with cut out text. In the space between the glass surface and the inner wall was an installation of 300 LED lights creating a shifting play of lights where the text appeared shining in different colors. The texts and the film was continually updated in collaboration with citizens and local organizations, and thereby creating a constantly current and ongoing work. The process of connecting other players to the work was a central part of SCT’s artistic, theoretical and social motif. Participants was recruited through workshops within the project KAC (kistaartcity), initiated by Thomas Liljenberg and Bo Samuelsson. A total of seven different updates were carried out between the years 2010-14.

The title Street Corner Talking referred to the work as an ongoing interactive discussion – but also to its actual location in the corner of Kista Mall facing out toward Jan Stenbecks Torg. A location involved in a dynamic urban development process which includes the formation of centers, infrastructure, businesses and residence.

Images (from top): 1 Rättvisa. 2 and 3 A Model for a Qualitative Society. 4 One Size With All. 5 and 6 Subjective Commercial Illumination. 7 Landscape Painting Democratic 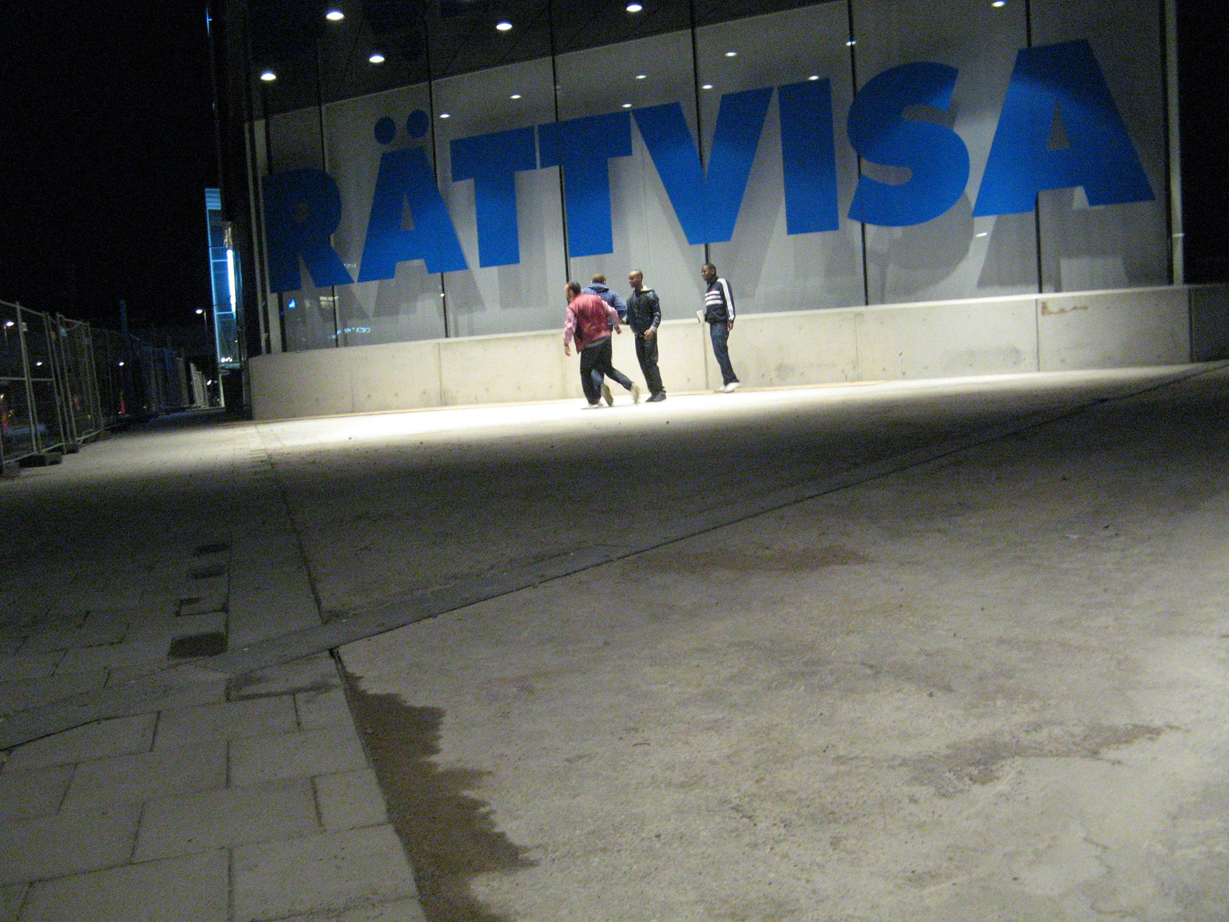 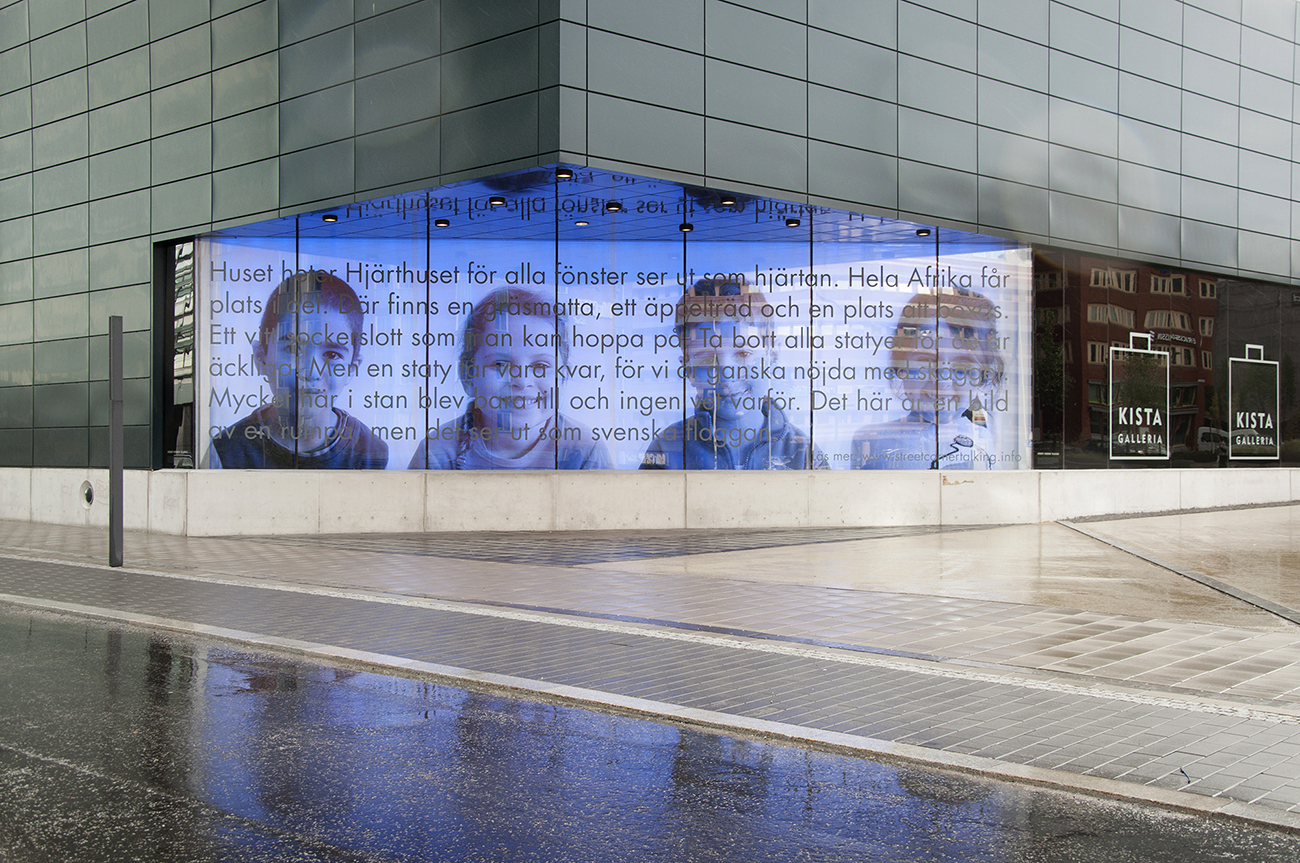 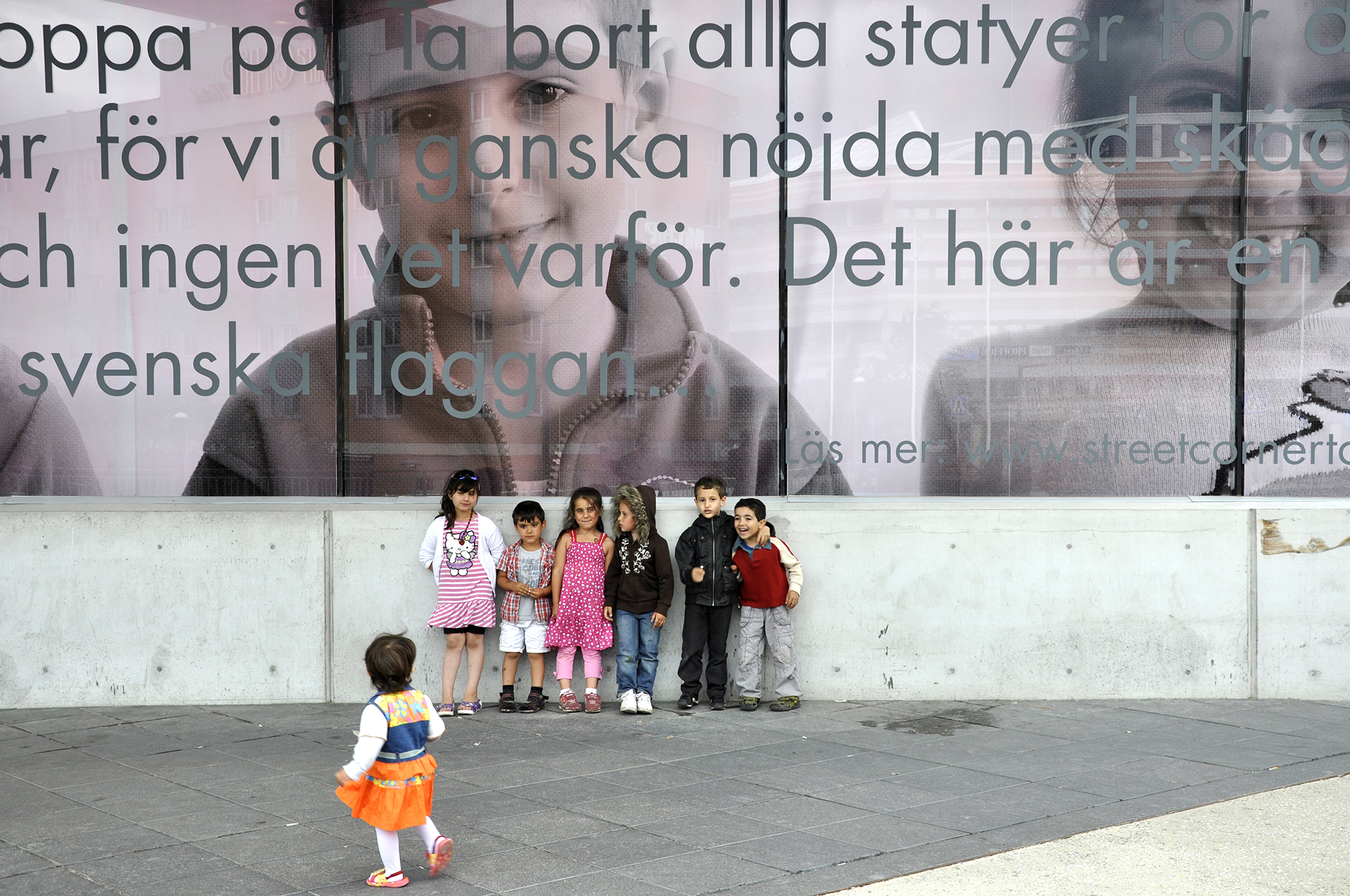 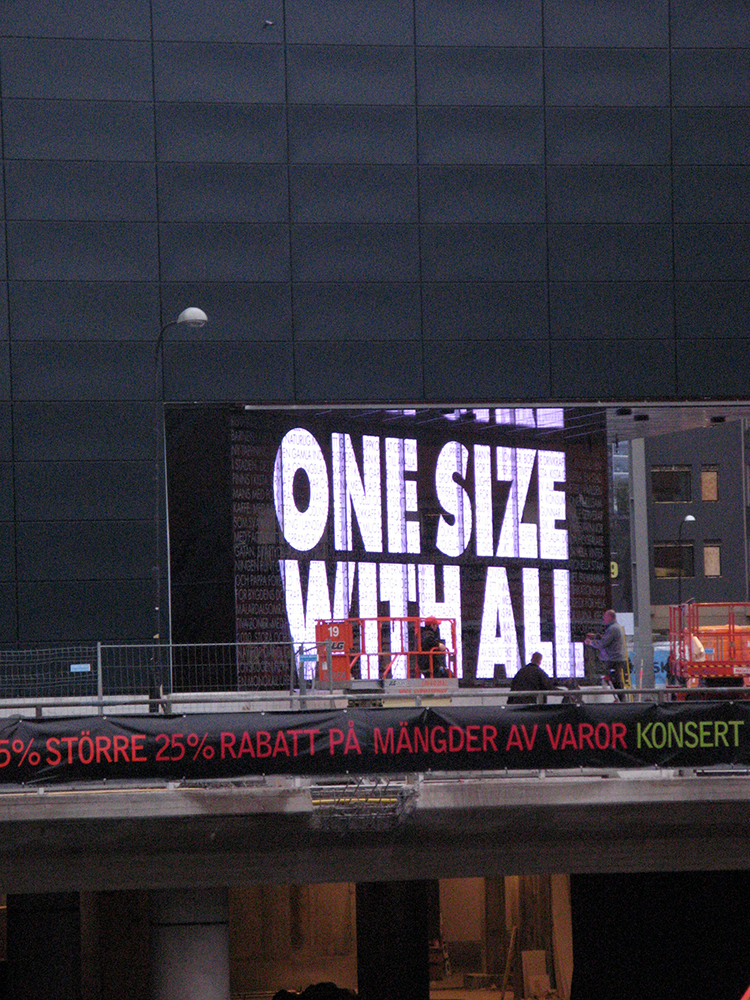 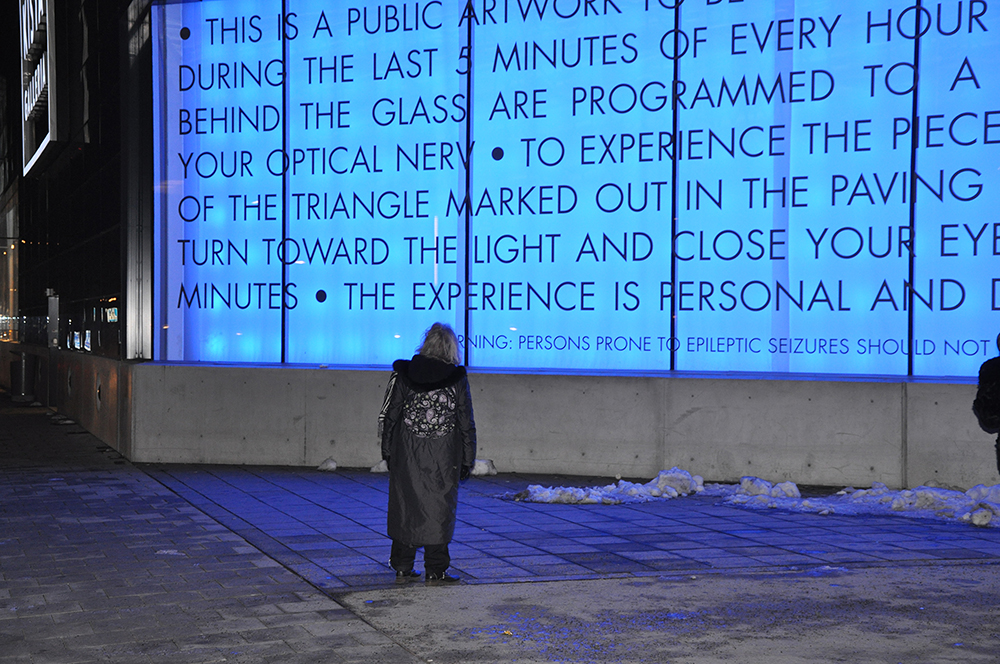 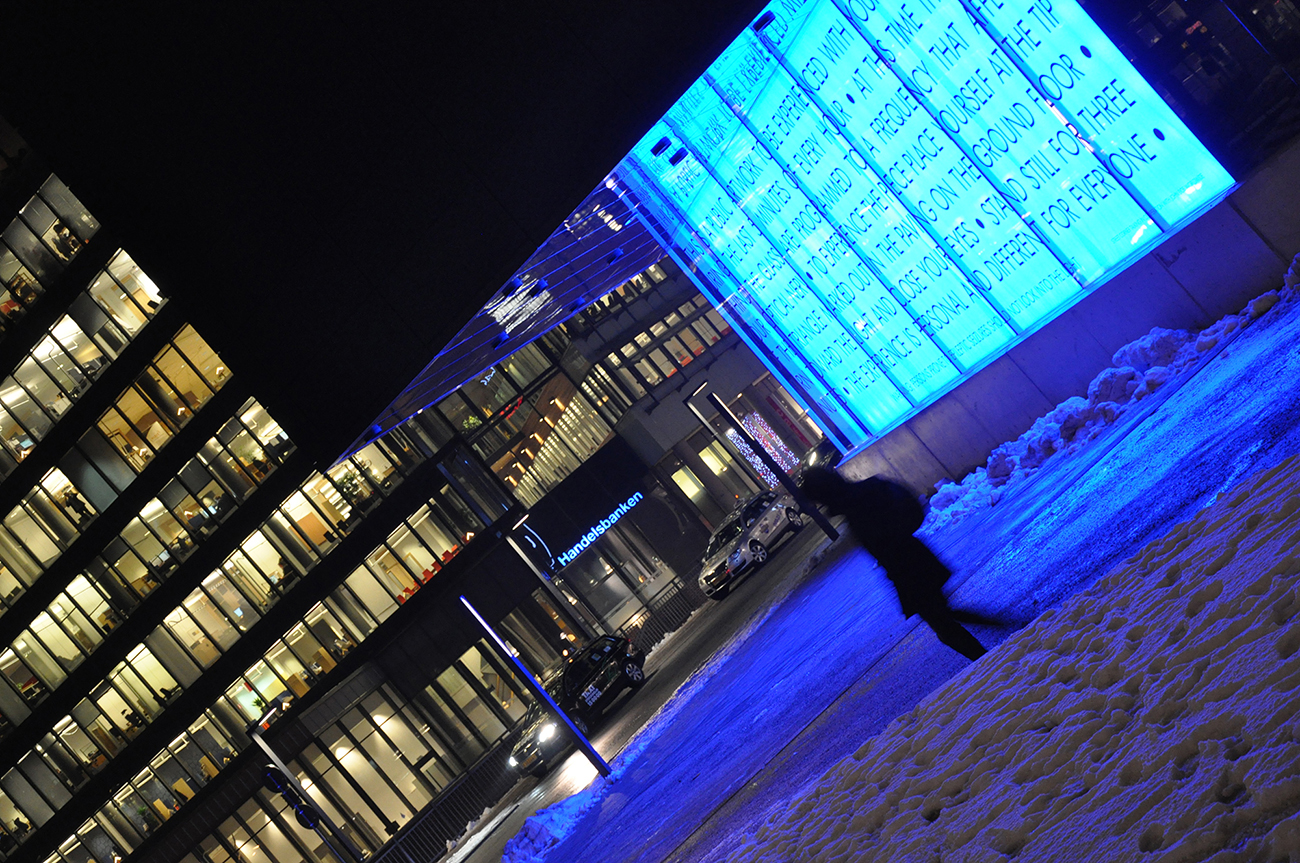 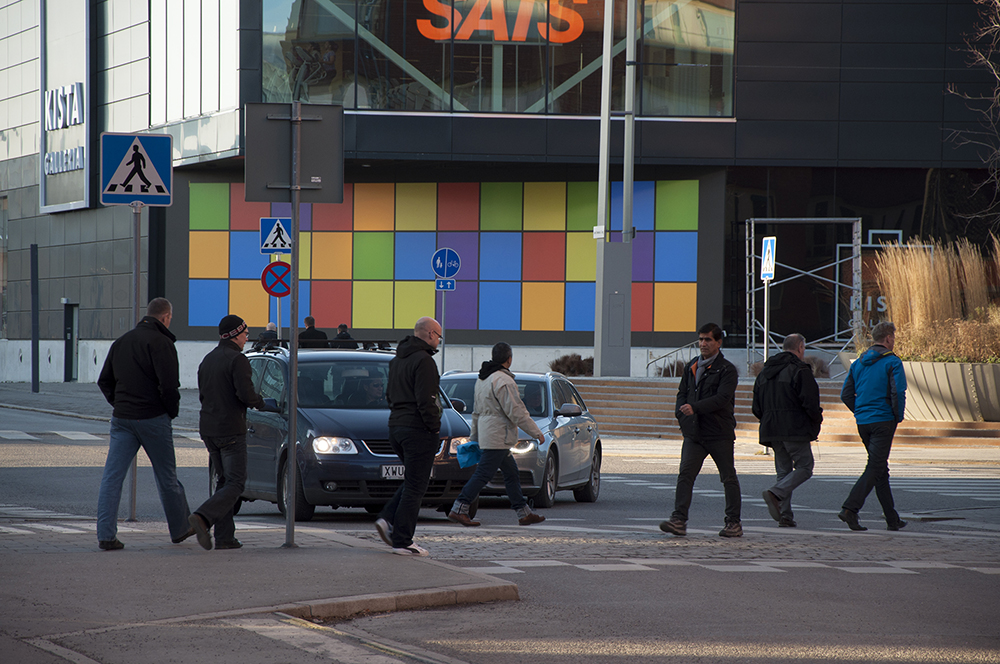