Installation with semitransparent building (wood and polyeten), spotlights and posters. In conjunction with the exhibition PERFORMING THE COMMON, Husby konsthall and Moderna Museet, Stockholm 2012. Curated by Karin Hansson, Johanna Gustavsson Fürst and Thomas Liljenberg in conjunction with the Department of Computer and System Sciences (DSV) at Stockholm University and The Royal Institute of Art in Stockholm.

The New Kista Science City Model was closely connected to the project KAC (kistaartcity),  a project about place, public space and identity in the district of Rinkeby-Kista, Stockholm.

”Thomas Liljenberg looks at how place is created, not from an individual perspective, but how a collective structure is constructed from the single actions of a crowd of people. His activities in Rinkeby-Kista highlight the role a collaborative artistic practice can play in reproducing and communicating the place as something in common. By imitating the making of an institution – the rhetoric and the rituals – he emphasized both the performative and the playful in the making. In the project The New Kista Science City Model, the brandbuilding and the concept around Kista Science City has been appropriated as the basis for an alternative art institution whose activities are based on local partnerships, collective creation, sharing and interactivity. In the project, the institution is literally portrayed in the form of a semi-transparent, mobile building, which is placed in various public and semi-public places in Rinkeby-Kista. The building is used in workshops, where the results are documented directly on the walls of the building, for immediate interaction with the outside world. By taking over the rhetoric of the science city, in combination with a participatory art practice in which residents are encouraged to take over the concept and the location, the project points to the opportunity and the role that an artistic practice can play in reclaiming and conquering the creation of meaning around the place”. (Performing the Common; Karin Hansson, Revolver Publishing, Berlin 2014)

**Workshop in collaboration with Bo Samuelsson and Megafonen 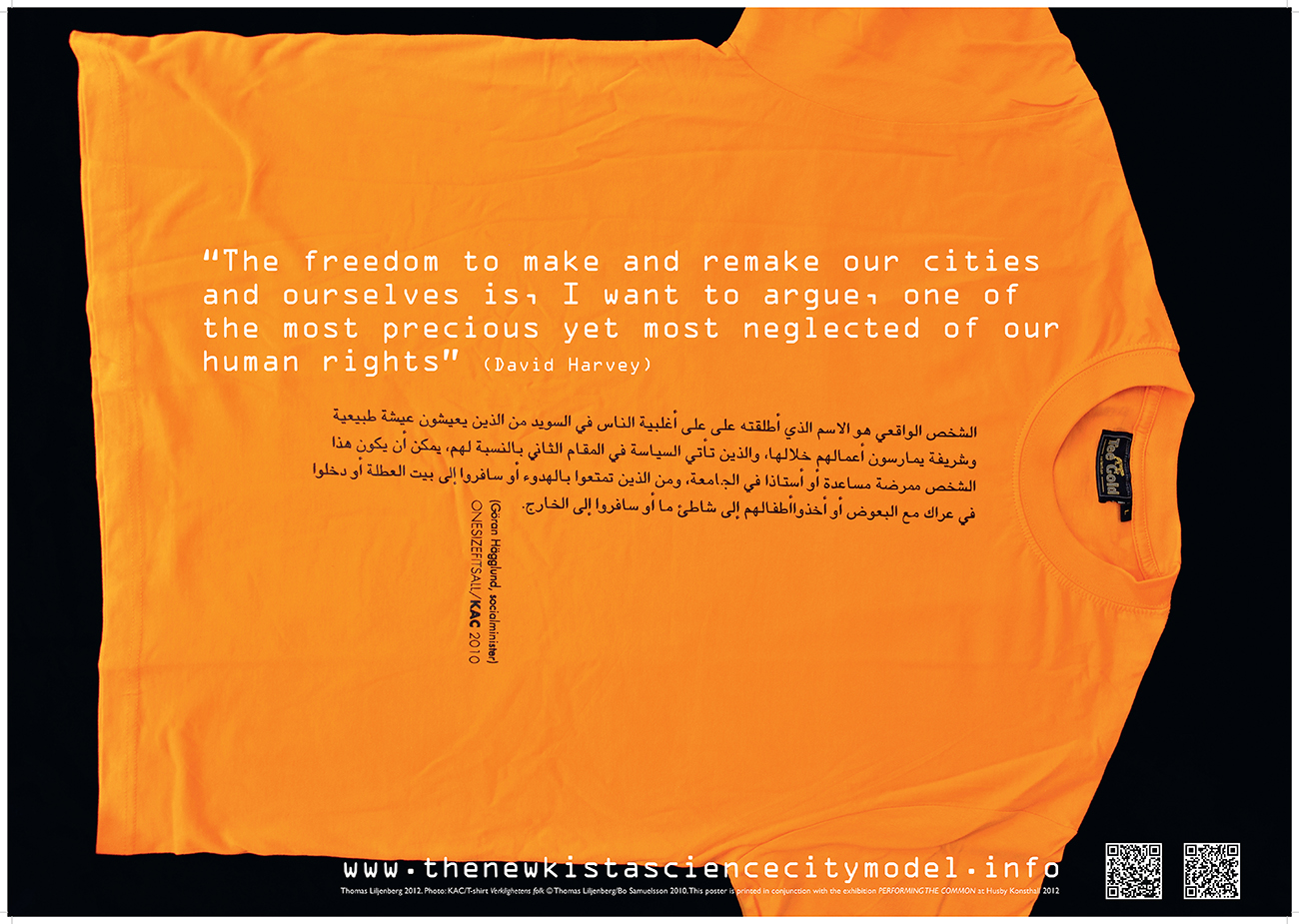 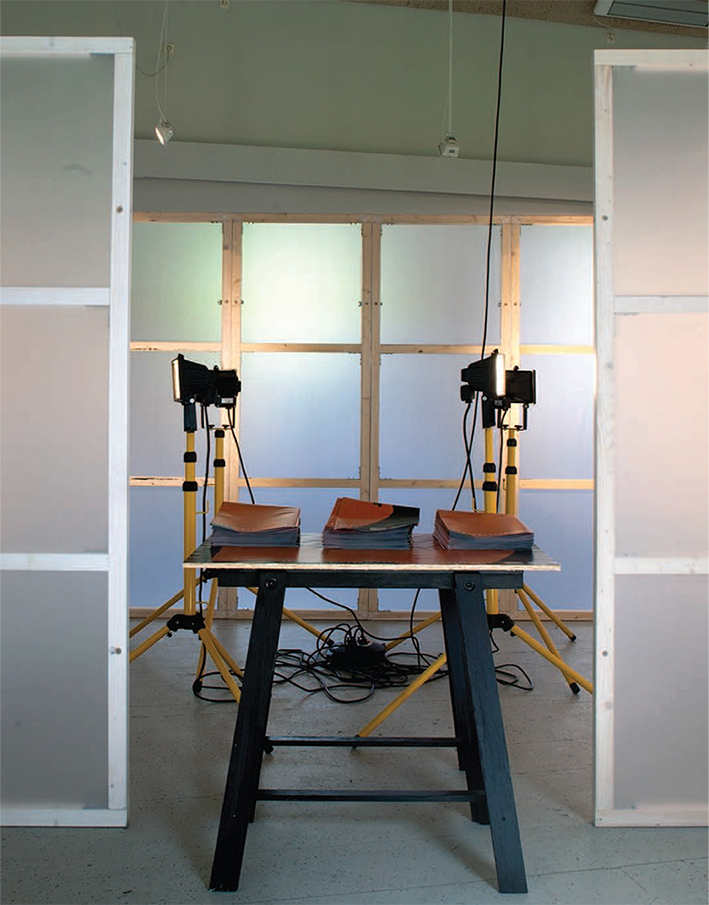 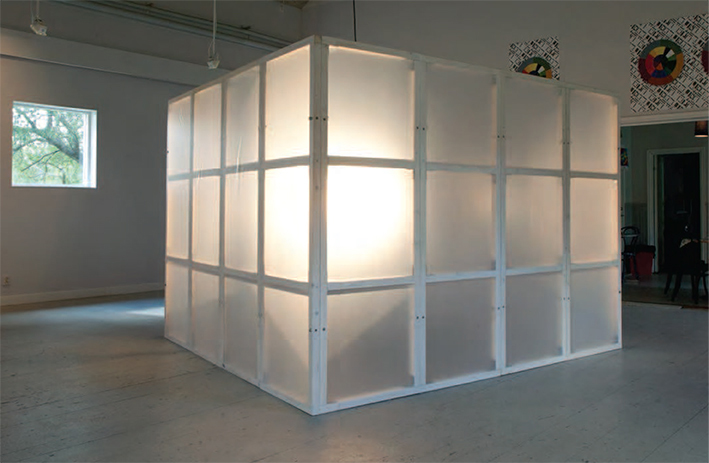 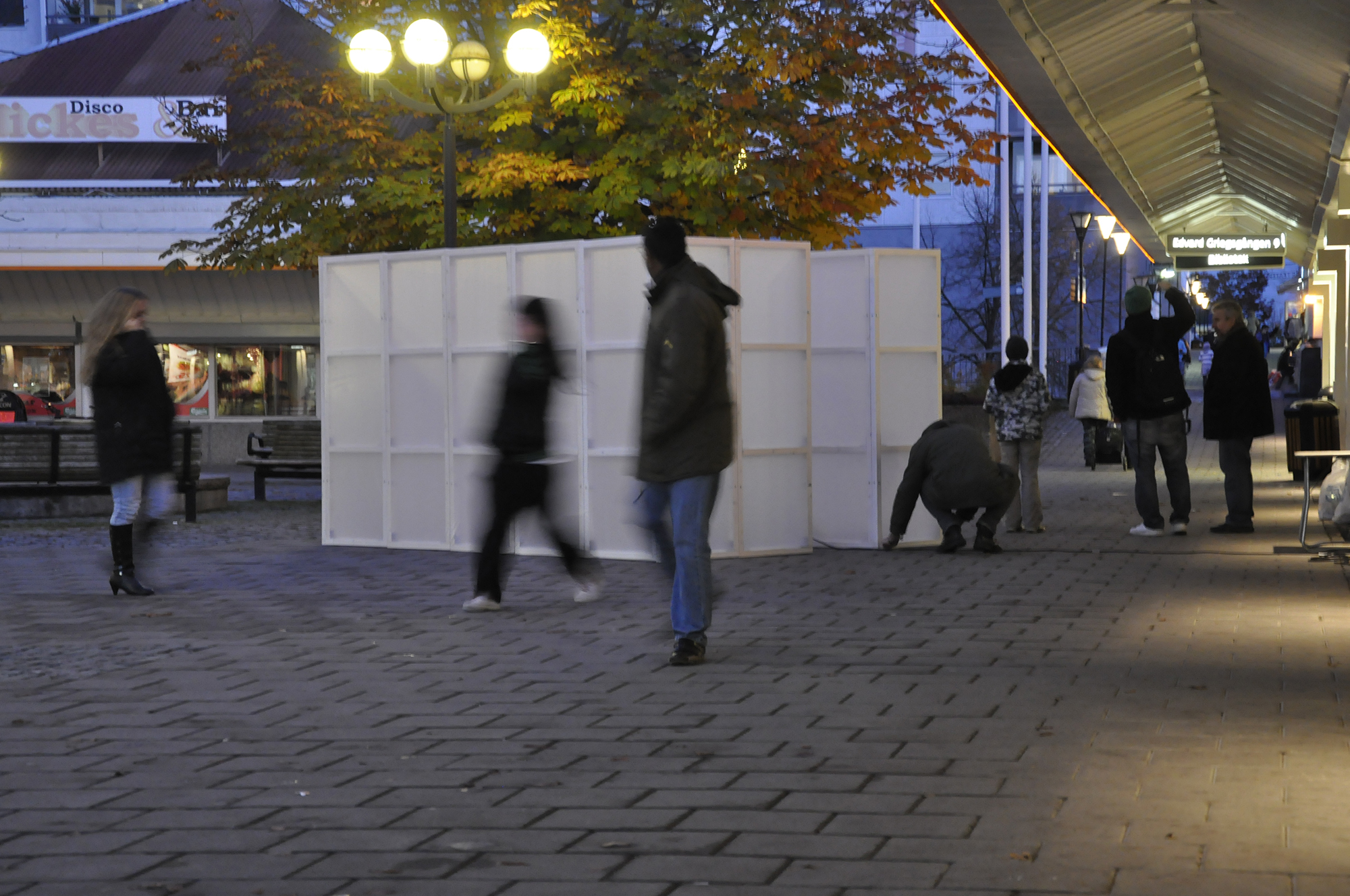