”A book comprised of letters the artists had written to a selection of celebrities, autocrats, governments, and commercial and cultural institutions. In sometimes bizarre, often hilarious letters the artists describe how the addressees have appeared in or affected their dreams, and as a result, because these people profit themselves on everybodys dreams and possibilities for the future, demand monetary compensation. Writing in awkward English, the artists often take on different personas and alter egos, sliding between first person singular and plural. The relationship between the analyst and analyzed becomes effectively blurred and extended onto a collective social unconscious. The result is a poetic, hallucinatory, sinister and comical text, which is ultimately hopeful in its search for identity and affirmation against the economic and social forces of global capitalism. (Rumpsti Pumsti, Berlin. 2011)

…”As you read through the letters you can discern the pattern, the path the dreamers are following. At times hilarious, disgusting, humiliating, boring, happy or just plain rude.  A truly original experiment, and better still a superbly imaginative work.” (Immerse 001, London 1997)

”The idiosyncratic Swedish artists Leif Elggren and Thomas Liljenberg have released a challenging but hilarious CD and book project from Firework of Sweden. The pair sent letters to pop, art and political dignitaries all over the world, from President Clinton, Nelson Mandela and Pope John II to Janet Jackson, Barbara Streisand and Niel Young, describing dreams and then asking for money. The letters are documented in a book, Experiment with dreams, and the texts are converted into music on a CD, The Codfish Suit…” (Neil Strauss; The New York Times, April 17, 1997) 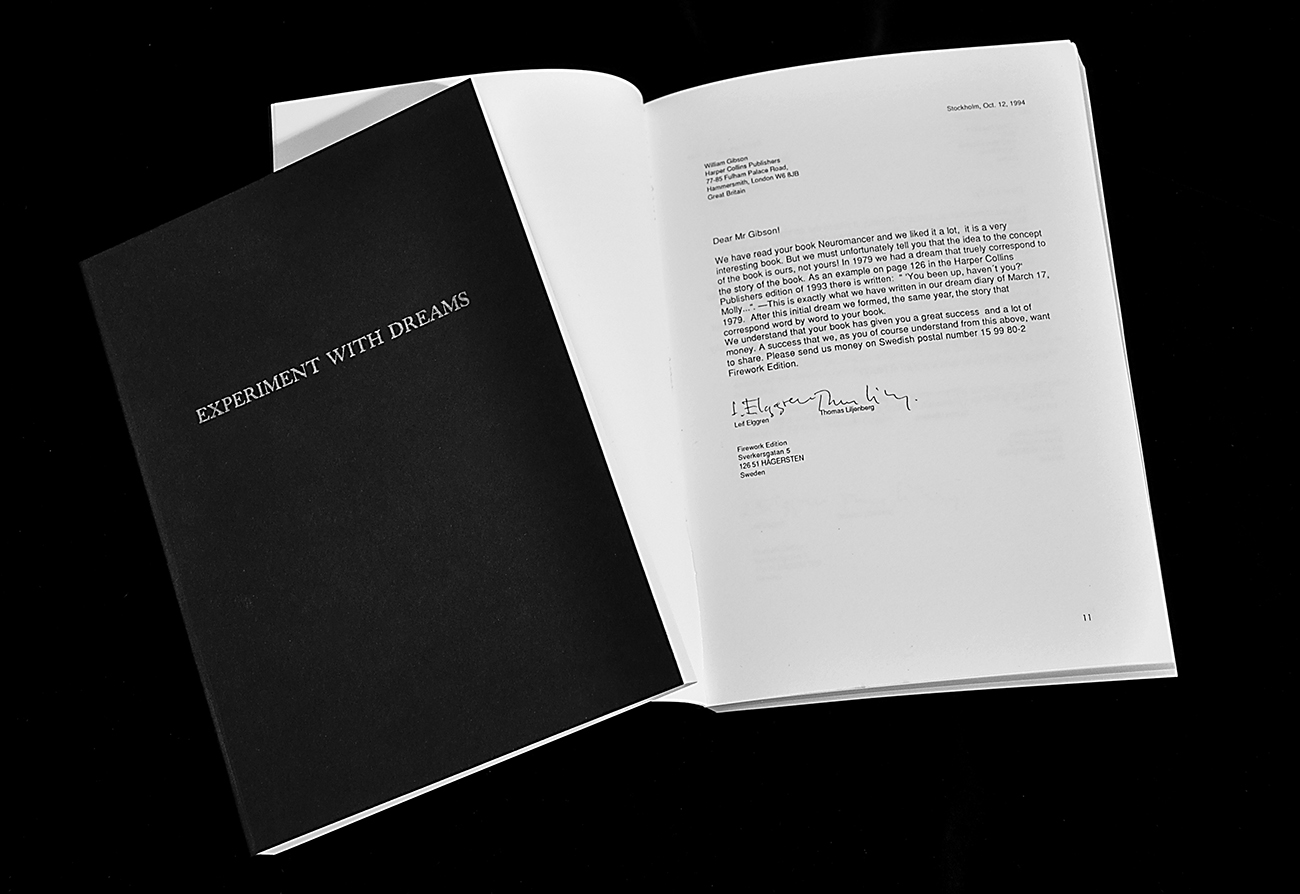 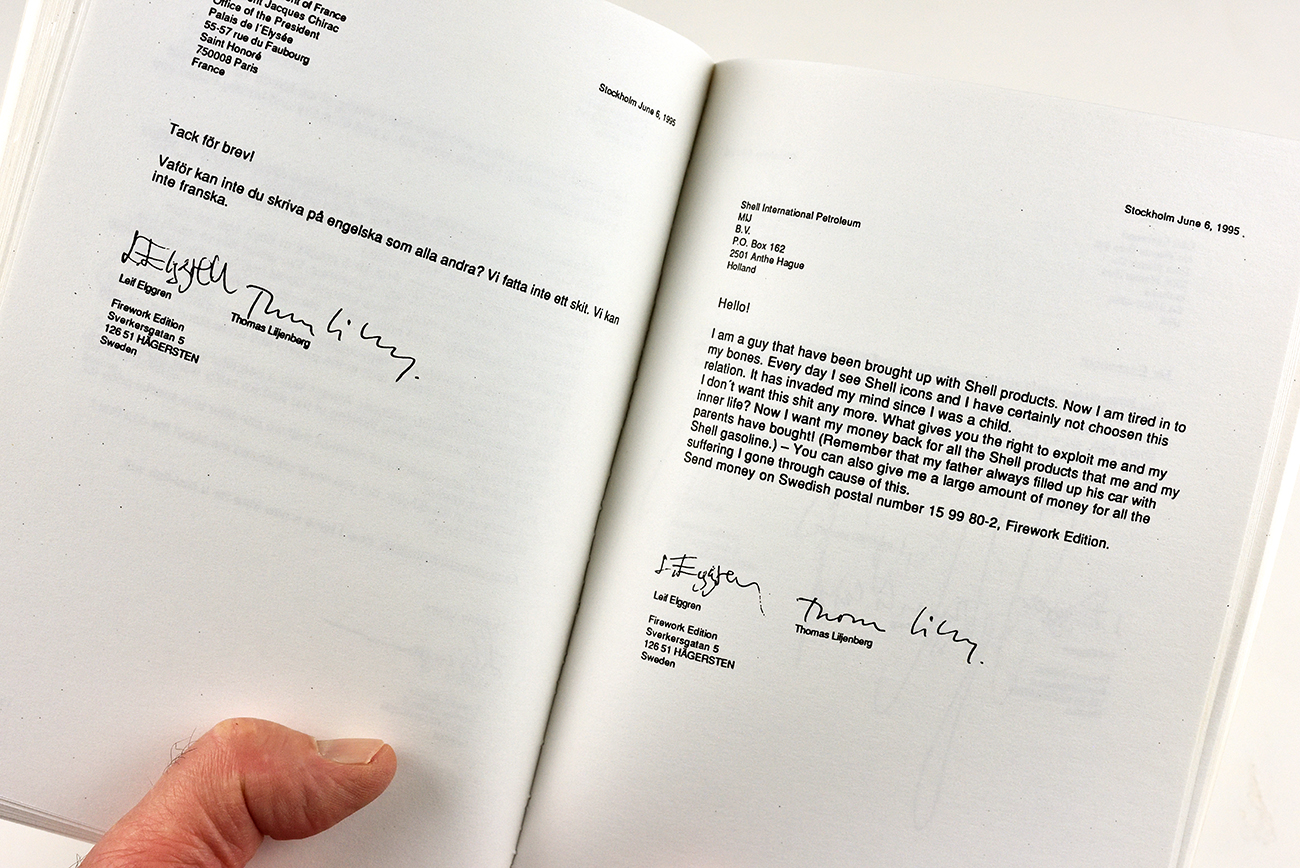 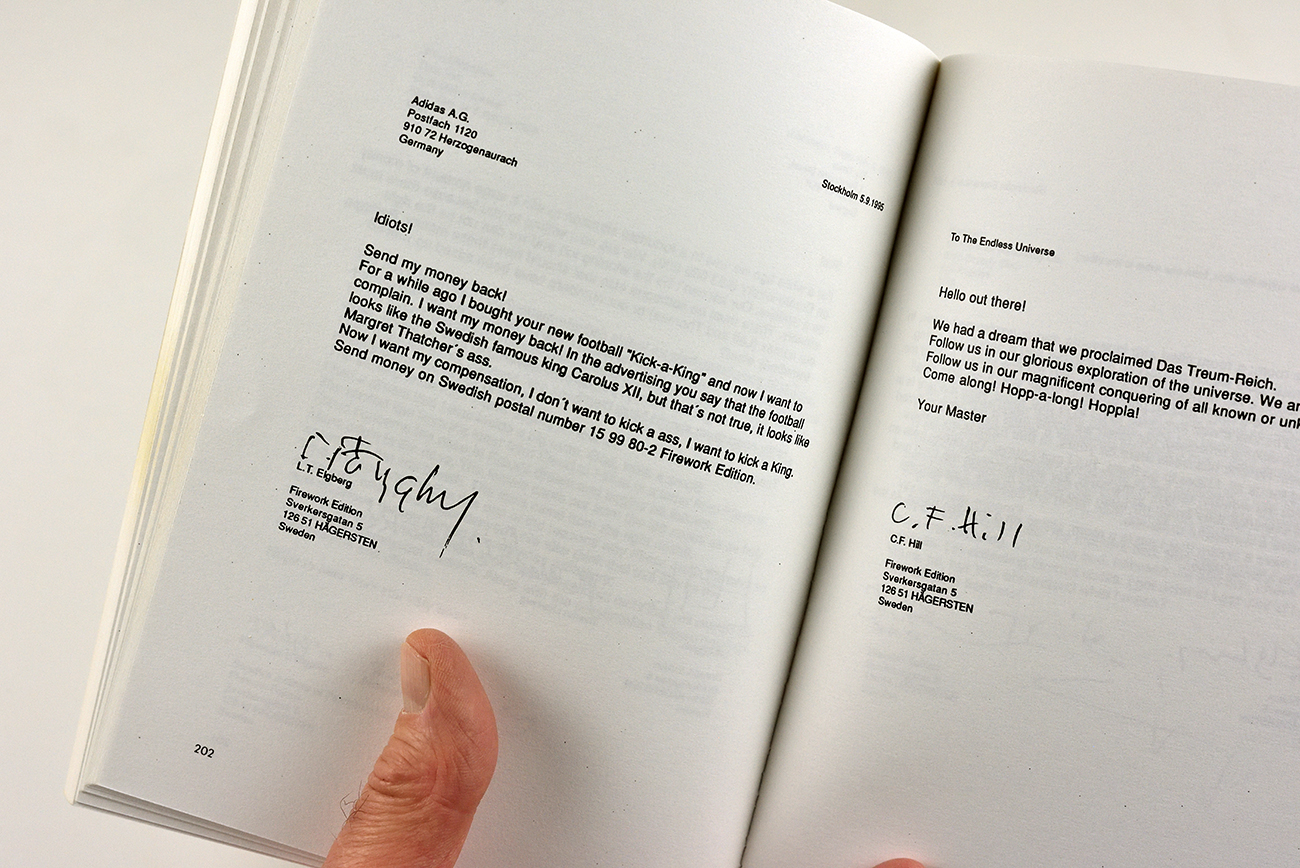